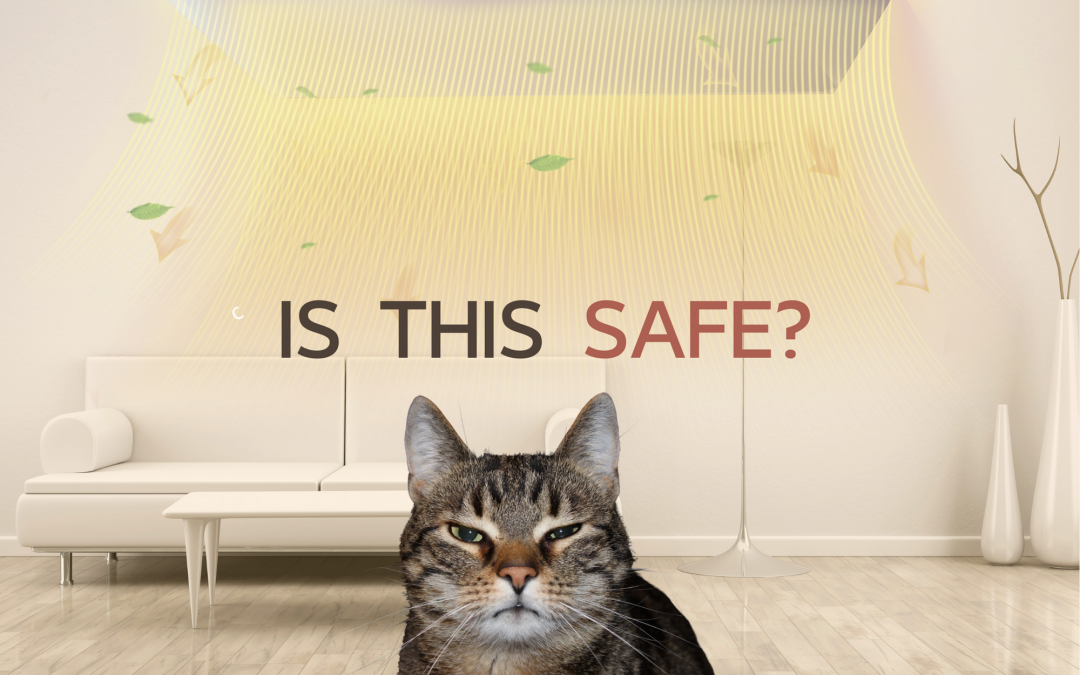 The short answer is yes!

However, to better understand why Far-Infrared Radiative Heating is safe one first needs to understand how radiation works.

On the right side you have the shorter more energy intensive waves or ionizing radiation such as Gamma rays and X-rays. These rays hold sufficient energy to remove electrons from atoms creating charged ions and free radicals, which can lead to a large range of health complications by instigating a large diversity of chemical reactions.

On the other hand, you have non ionizing long wavelengths such as Infrared, Microwaves, and Radiowaves. As well as UV rays which lie in the intermediary between the two with shorter wavelength UV being capable of instigating chemical reactions whereas longer wavelength UV cannot. However, for our day to day lives what’s most important is understanding the radiative waves we are exposed to on the most frequent basis. Those being the waves emitted from the sun.

The spectrum of the sun’s radiation that gets to earth is broken down into 6.8% UV, 38.9% visible light, and 54.3% Infrared. The most energy intensive waves the sun emits are UV rays, which fall into three bandwidths, C,B, and A.

UVC rays are the most energy intensive but are luckily blocked by our planets Ozone layer. UVB and UVA both penetrate the atmosphere, with UVB penetrating the skin and potentially causing DNA damage and UVA penetrating the skin deeply and leading to sunburns through excessive heat transfer.

However, once you move into the visible light and far-infrared spectrum the decreasing intensity of the waves makes them no longer capable of causing chemical reactions and also limits their ability to penetrate our skin.

What About Infrared Radiation?

Infrared A Radiation is commonly experienced by people working near extremely high temperature environments (200c+) such as ovens, furnaces, or other industrial applications. However, once you reach the B/C spectrum of the infrared spectrum also known as Far Infrared Radiation (3-25um), the negative health implications are virtually nonexistent. This can largely be attributed to the decreased total energy capacity of these waves. This in turn makes Far-Infrared Radiative Heating very safe.

This is also why we specifically designed our full surface ceiling/wall carbon fiber heating films to reach surface temperatures of 45-55C allowing us to maximize the Far-Infrared heating effect. When we ran third party tests to identify the exact spectrum that our films radiated in we found them to lie squarely in the Far-Infrared C spectrum 7-13um.

Meaning that the radiative heat emitted from our films is completely safe and is optimized to deliver the most comfortable and efficient heating solution!

If you’d like to know more about our one of a kind radiative heating solution please free to reach out and get in touch with us!